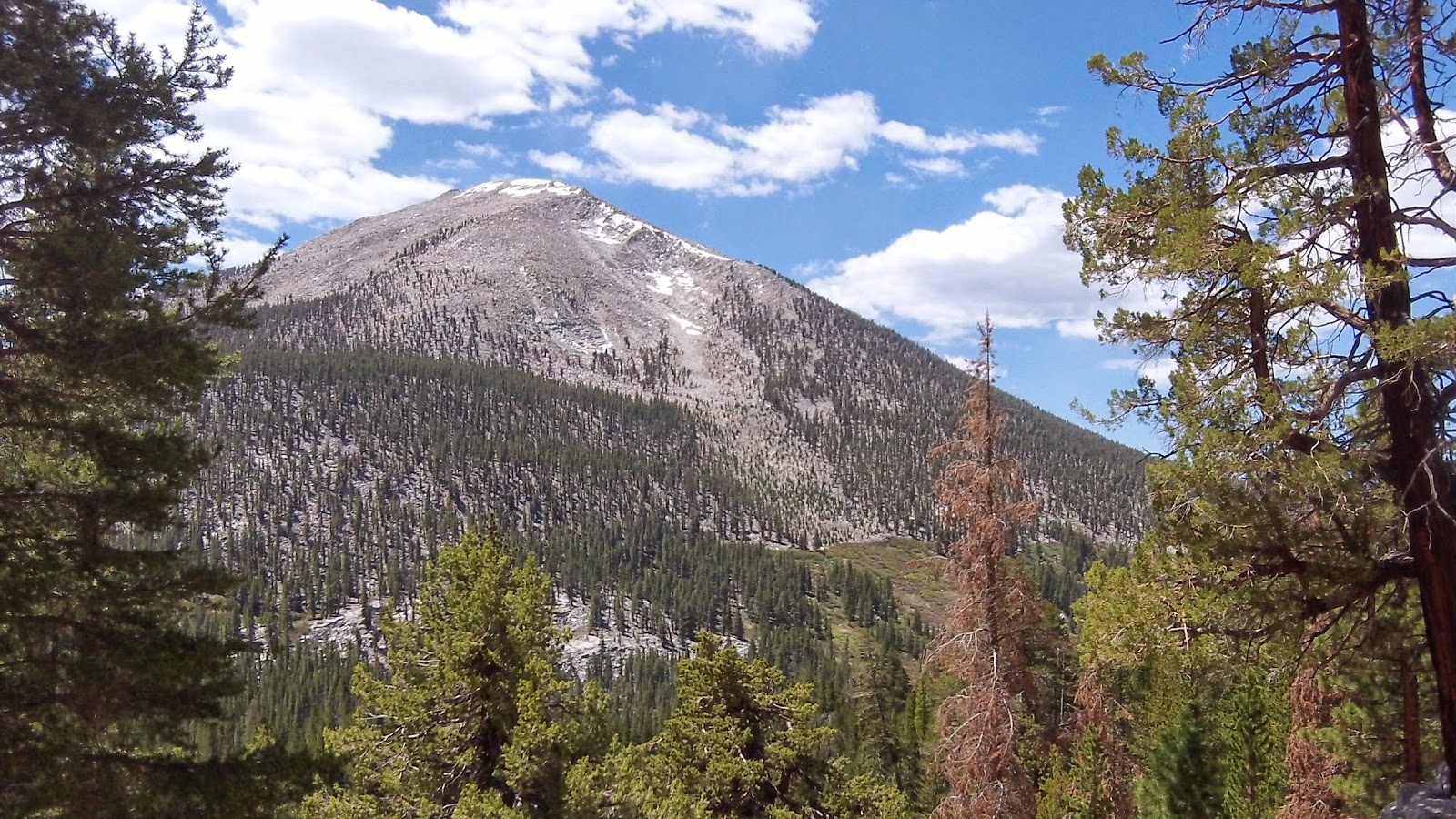 We knew we only had to walk about 13 miles to reach our “base camp” for our Mount Whitney hike, so we slept in and made no effort to start early. It was such a luxury to sleep in without worrying about the sun getting too hot— in the Sierra, the midday sun felt good.

Still, when we did start hiking, I felt like all my energy was being sapped away with each step. I first blamed it on the elevation, but in subsequent days, I realized that the elevation had little to do with how I felt. This was when I first began to feel the effects of malnourishment. 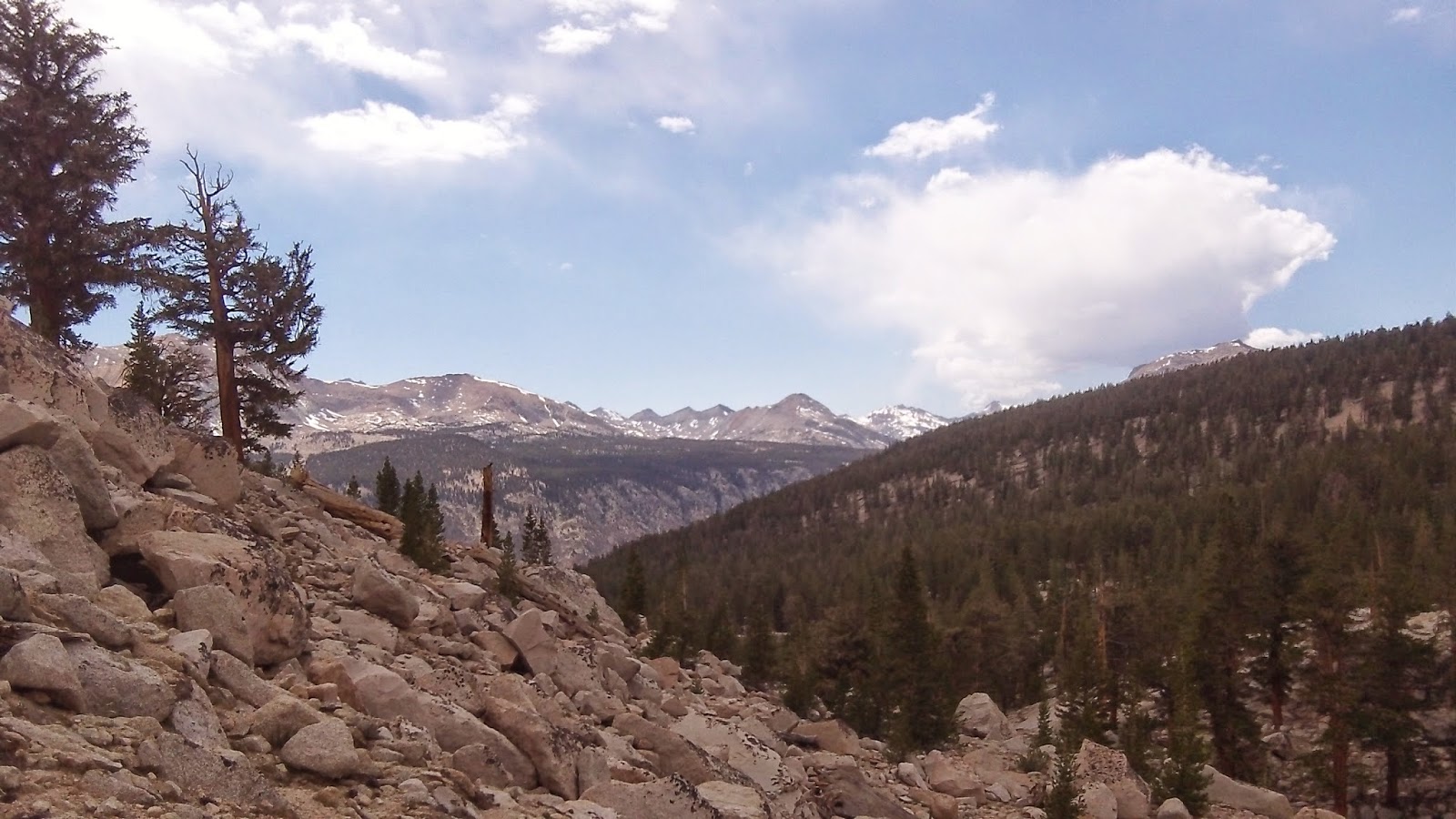 We slogged up boulder-strewn mountainsides, winding our way through fragile alpine areas (and seeing lots of marmots!) and back into forest. At last, we tackled the last big climb of the day: a set of switchbacks that gained 900 feet of elevation in one mile. As we struggled up, I experienced something that would become too familiar in upcoming days: feeling like I was going to hyperventilate. I started feeling dizzy, and as I tried to draw breath, I felt my heart racing and my breaths growing short. I practically collapsed on the ground, trying to breathe and calm down. Zach insisted I eat one of our carefully-rationed Snickers. 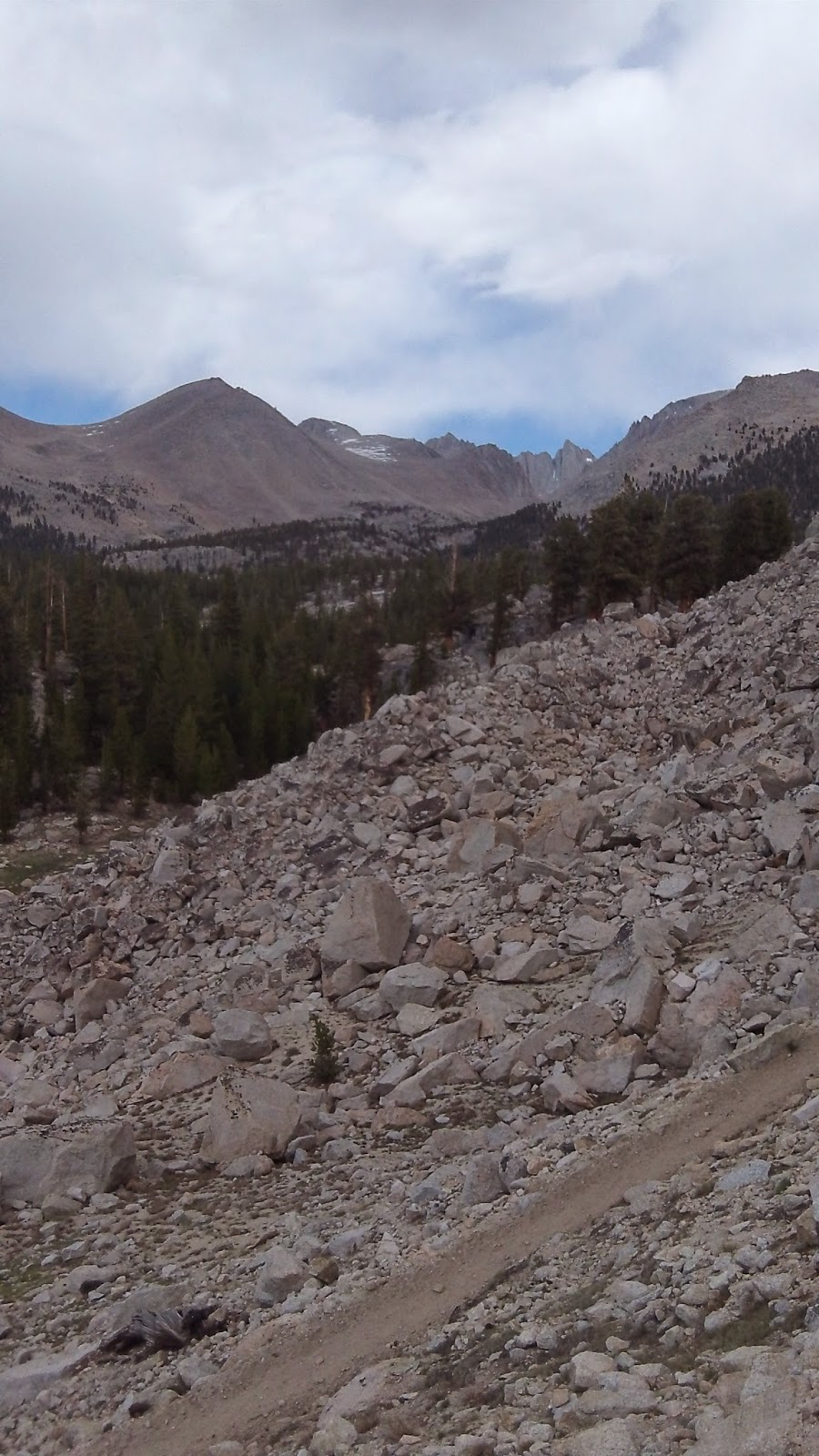 While we sat there, we were passed by a few people who had hiked in just to climb Mount Whitney. They were all enthusiastic, and confidently blamed my condition on the elevation.

At last, I felt stable enough to continue on, so we finished the switchbacks and followed the PCT to mile 766. Here a side trail split off to Lower and Upper Crabtree Meadows, both popular base camps about seven miles from the peak of Mount Whitney. As we departed the PCT, chipmunks scurried out of our way on the trees.

As we passed Lower Crabtree Meadows, we saw a bunch of people we knew, including Matt and Sam. They were all setting their alarms for 2:30am and hiking up Whitney in the dark so they could see the sunrise. I admired their dedication!

Both sets of Crabtree Meadows were as gorgeous as you’d expect a high alpine meadow to be: a huge expanse of grass, wound through with threads of a clear stream. A herd of deer grazed in the distance, and huge mountains rose up on every side. We looked around at the encircling peaks, but couldn’t for the life of us tell which was was Whitney. Since Whitney is surrounded by a few other 14-ers, it’s hard to spot. Tomorrow we’d follow a trail and find out which peak was the one to summit.

We soon found the official campsites: there was a stony stream, a wide meadow, and a grove of pine trees with about a dozen tents pitched on the pine needles. There was also a heavy-duty bear box, a large metal container with a mechanism to open it. A note taped on the top, from the Forest Service, said, “Sierra Trail Magic: Leftover food inside!” We practically tore the box open and found some canned goods. They had been picked over, but Zach pulled out a can of black olives. 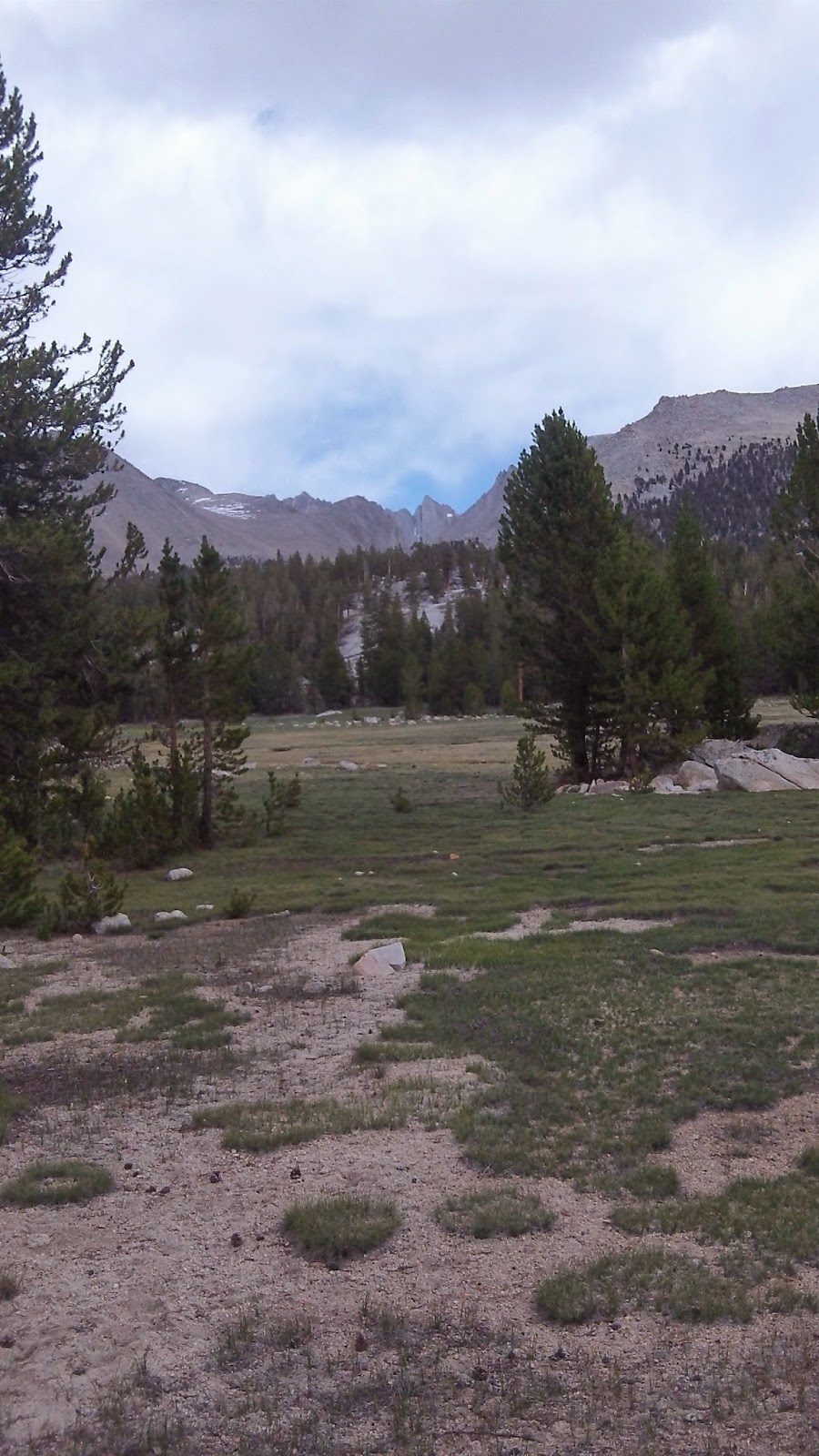 Zach stared at the can with frightening intensity. “I’ll find a way to open it.”

I was a bit worried that he’d tear into it with his teeth.

We secured a place to camp for the night, a bit away from everyone else. Zach successfully borrowed a can opener from a group of hikers, then proceeded to eat the entire can of olives on the spot (I don’t like olives, incidentally). He made some soup for us to share, and I gathered and filtered water— the cleanest, purest, most amazing water I had yet tasted.

We saw a sign at the campground that said “TOILET” with an arrow. Never ones to pass up convenience, we went in search of it. When we found it, we started laughing. It was a single throne, complete with a seat and lid— sitting in the open air, facing the campground. It had a wall behind it, sheltering it from nothing in particular. You could sit on the throne and conveniently wave to the people setting up camp thirty yards away!

That night, we went to bed early, going over our plan for the next day. Tomorrow, we were going to climb the highest mountain in the contiguous US, and I was excited.