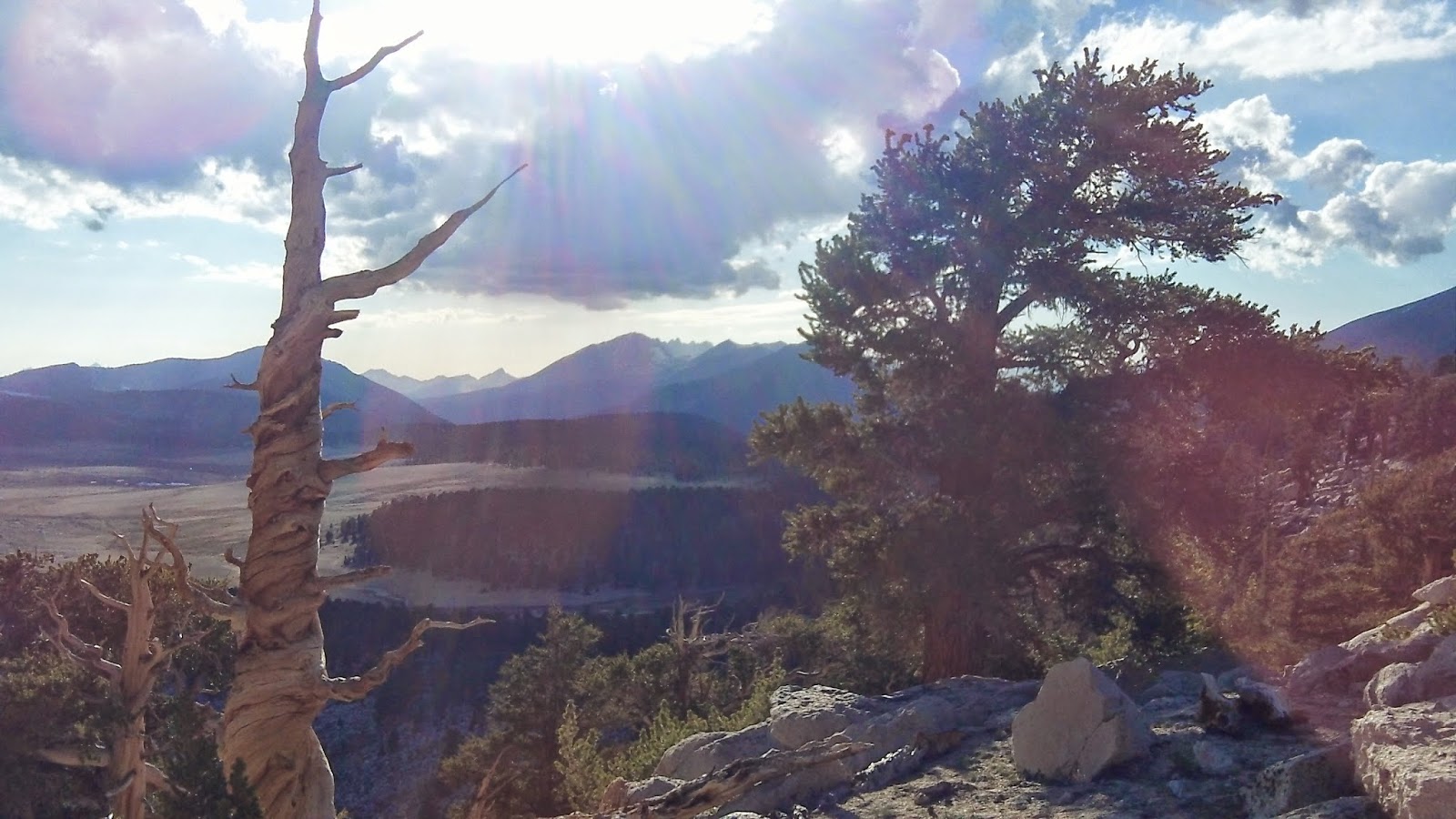 We got up late that day, and fussed with the backpacks for a while— Zach’s backpack was starting to dig into his hips (a problem that got worse as he lost more weight). But at last we were back on the trail, following the gentle rise and fall (but mostly rise) of the trail through forests and into steadily more alpine climate.

That day we were struck again by how unbelievably gorgeous the landscape was, all boulder-tumbled and jagged-peaked and twisted-treed and splashed with patches of snow. We saw grayish-white birds with black wings— Clark’s nutcrackers— and heard their raucous cries. There was always something new to admire. 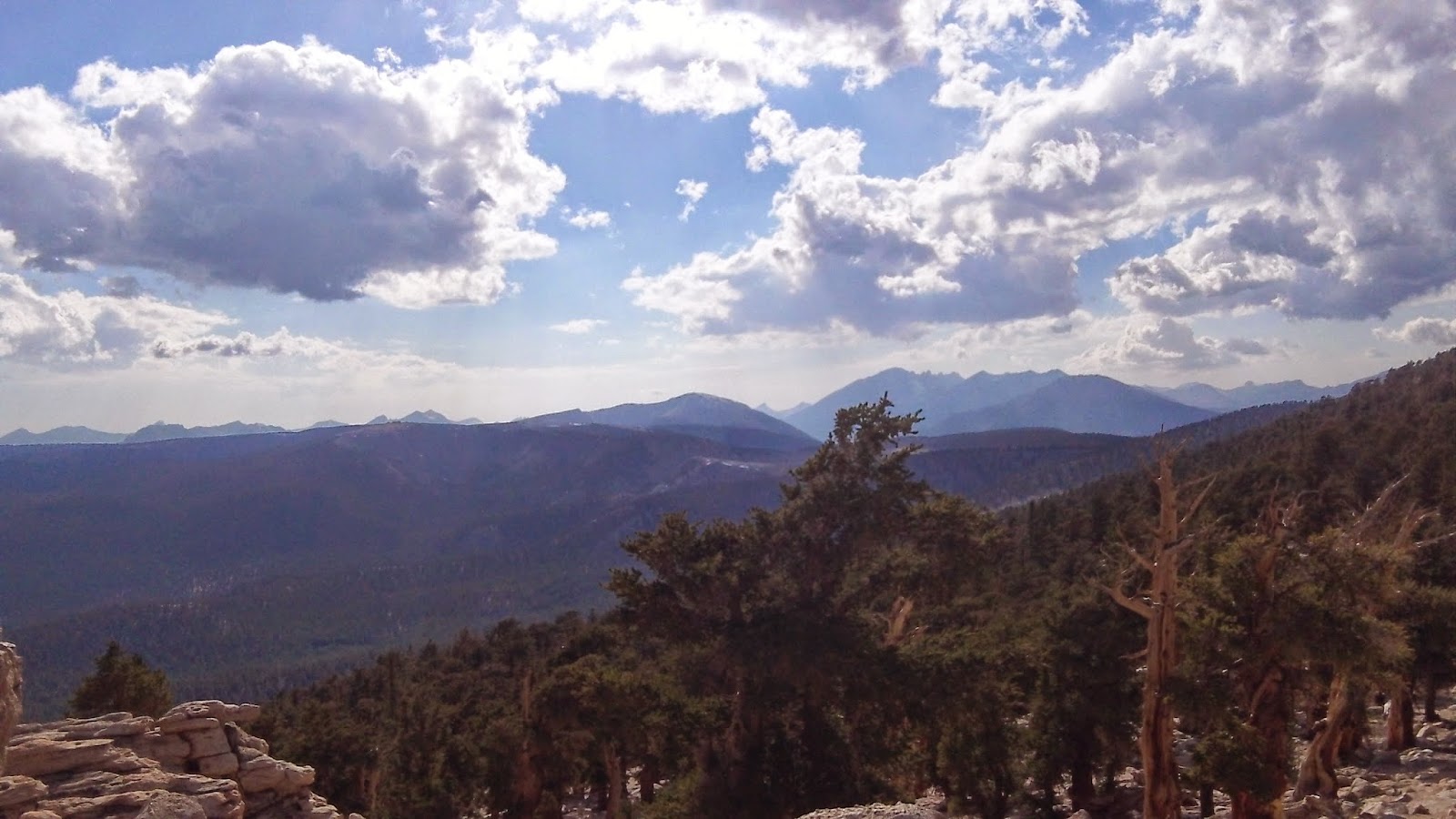 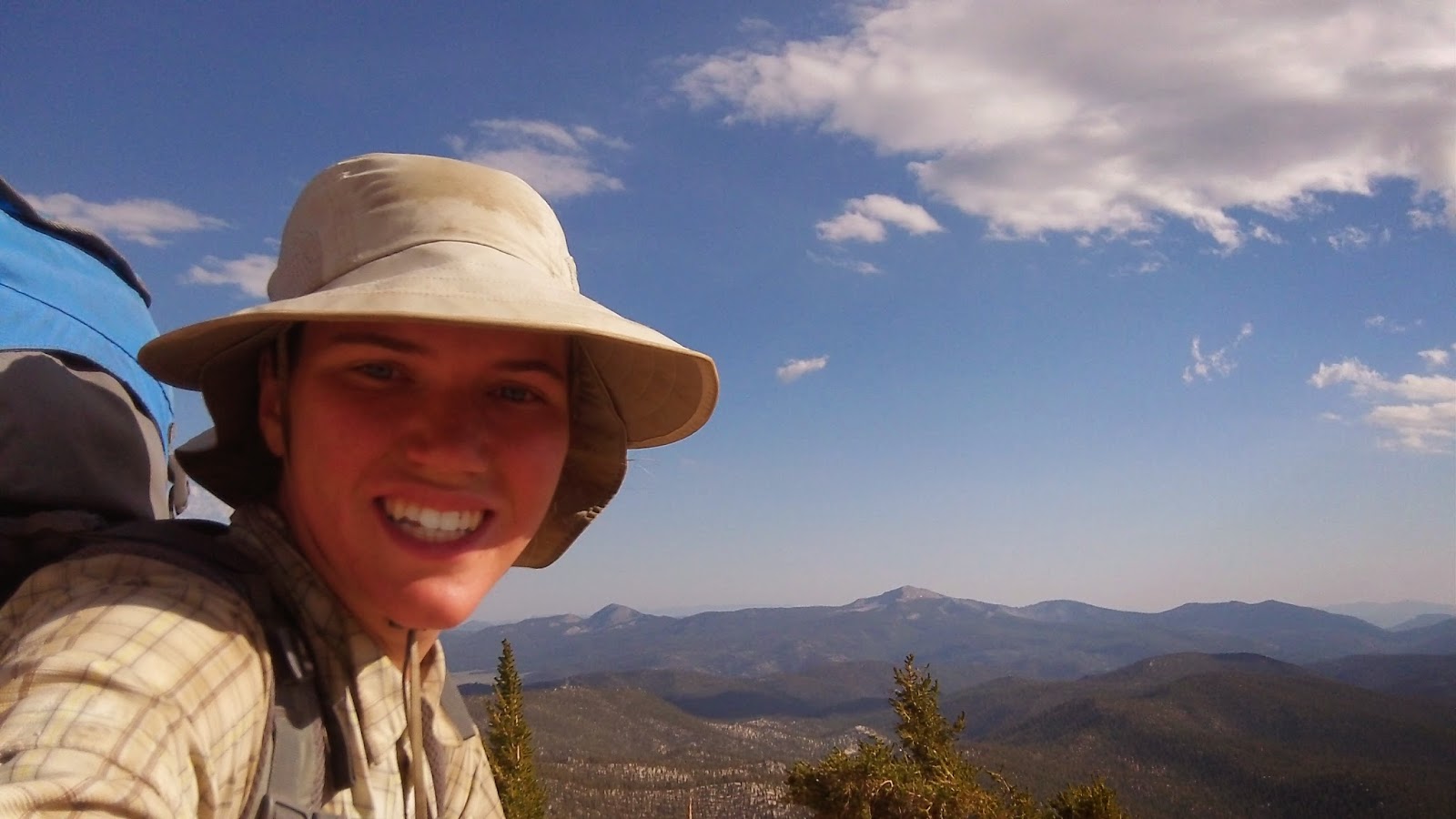 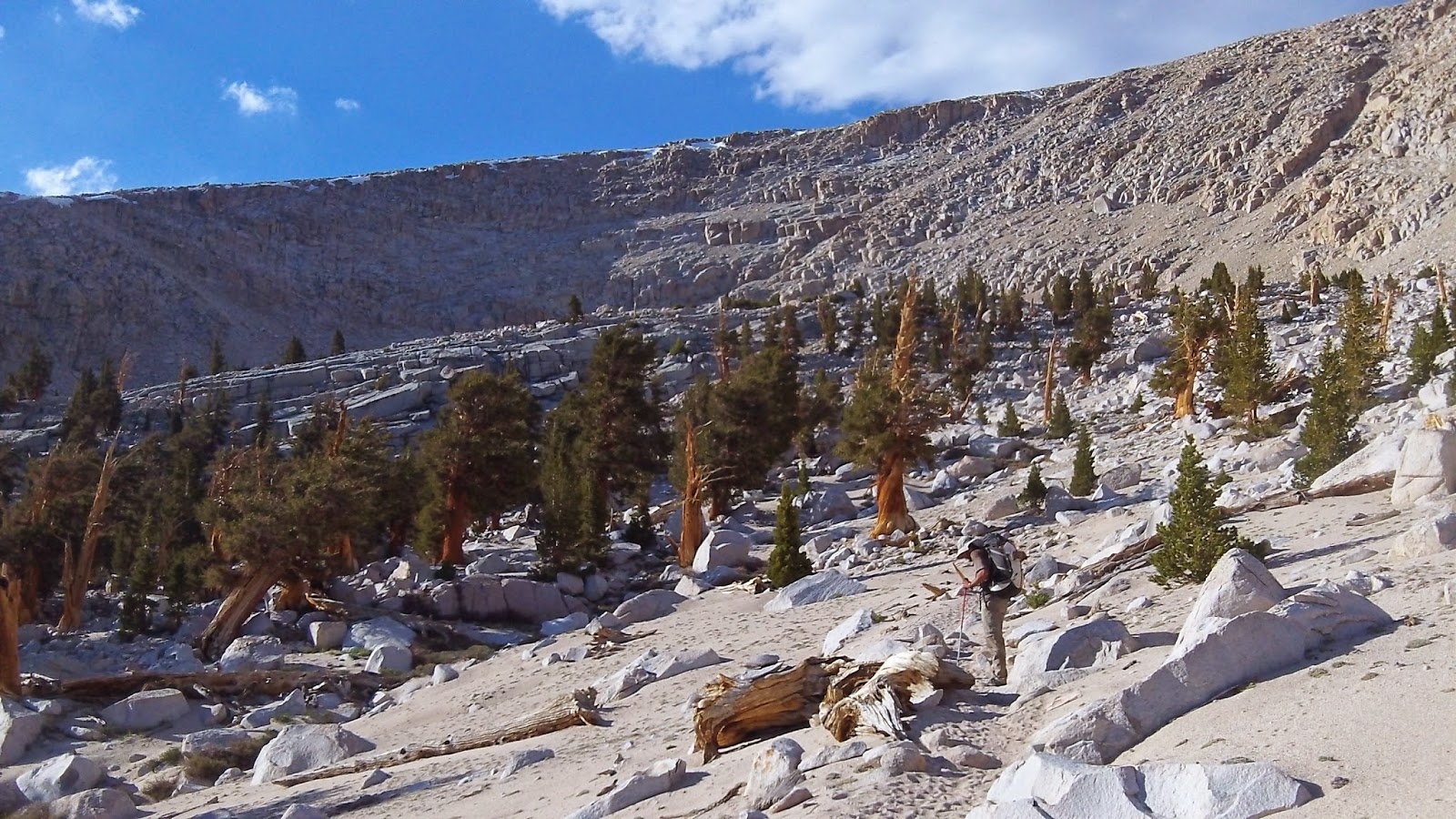 In late afternoon, we paused for water at a spring, then decided to follow the spring to a nearby lake, called Chicken Spring Lake. Its goofy name was an insult to its true nature: it was an impressive body of water, silver-gray, that lay at the base of a massive gray cliff. The granite rose up dramatically on the far side of the lake to a dizzying summit of bare rock tipped with snow. To the right and left of the lake, the jumble of rocks were less sheer, pure white, and interspersed with tough conifers. Zach and I both immediately thought of the lake outside the Mines of Moria in Lord of the Rings. In fact, the majestic ominousness of the lake made me hesitant to go near it for fear of a watcher in the water! 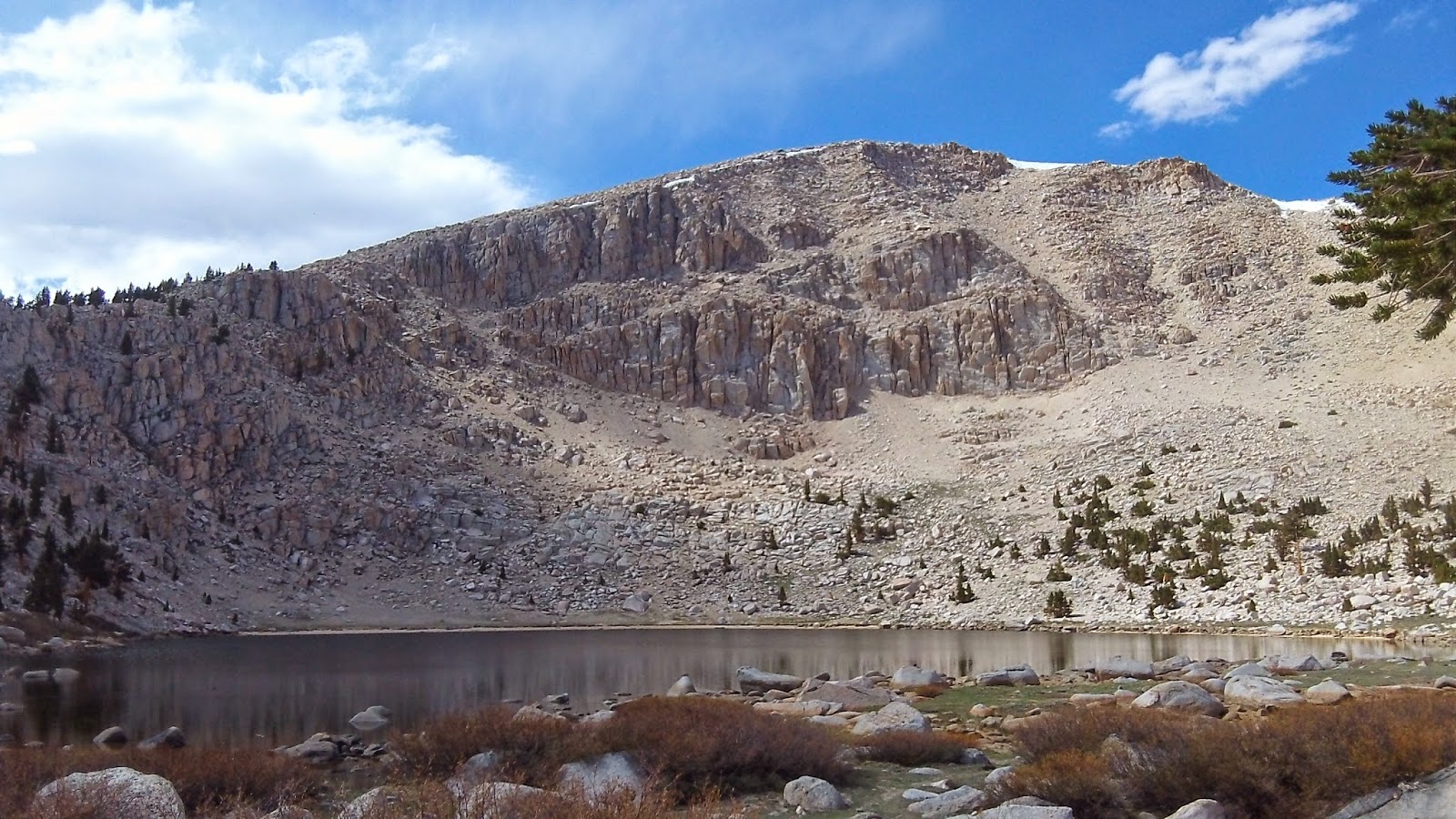 We lay on a boulder for a while, lying side by side, soaking up the patches of sunlight. But night was coming on fast, so we walked back toward the trail.

“Look!” Zach cried, pointing. I looked and saw our first marmot! It quickly ducked behind a boulder, but throughout the day, we saw several of its friends. They look exactly like a bushy-tailed version of a woodchuck. The ones in the Sierra had a reddish shade to their coats, and their tails were bright russet.

From there, we walked through white boulder fields, interspersed with trees, then followed the edge of a ridge, with more ridiculously gorgeous scenery: the sun falling slowly behind jagged blue mountains that swept up from the plain. We passed a sign that announced we were now in the Sequoia and King’s Canyon National Park. After a few miles, we found a campsite near an alpine meadow.

That night, we finished Book 5 of Lord of the Rings and began Book 6, since I kept begging for him to read just a bit longer. It was far past “hiker midnight” (9:00, the time most hikers are asleep) when Zach put the Kindle down.