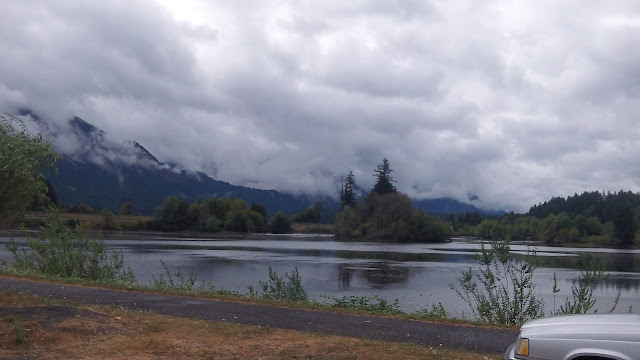 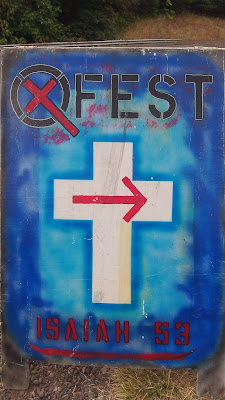 Zach and I dropped our backpacks on the grass at the edge of the field, looking around at the rows of cars, vans, and half-set-up tent mansions. No one was around, and we soon found out why— everyone at the festival was crowded in the main building, a gym lined with tables, for dinner. We rushed in just in time to catch the pre-meal communion: bits of bread and homemade grape juice in little plastic cups.

Now we met our friends that we had come here to see: Tyler, Adrienne, and Amanda. Adrienne and Amanda, sisters, had been my friends for many years now, and Tyler and Zach had known each other back when they both lived in Portland.

Tyler’s band, Insomniac Folklore, was the catalyst that brought Zach and me together from the far corners of the US: three summers ago I was touring with them, playing violin, and Zach was along for the ride with his other friend, the drummer. Zach and I spent two glorious weeks with this group before he returned to Portland and I returned to St. Louis. I had a crush, he fell in love, and less than a year and a half later, we were married. When Zach makes up his mind about something, he doesn’t waste time.

Now here we were, reunited with our friends who were here to play a show at this family music festival. Adrienne remarked that we were both really skinny. “And hairy,” Amanda added, grinning at Zach’s bushy beard.

We watched one band that night, but after so many days of solitude, I felt completely overloaded by the music. We set up our tent near Tyler and Adrienne’s, and I crawled inside and buried my head under the sleeping bag. I was glad when the bands stopped playing so I could go to sleep.


The next day, I woke up to find that my period had started, which was good news since we were going to be in civilization for the next couple days. I felt exhausted, and the communal breakfast did little to sate my hunger (even though Adrienne stole me an extra bagel). We hung out with Adrienne, Tyler, and Amanda, and chatted.

As we talked, it began raining, the slow, cold rain that soaks everything down to its core. I stood under an awning and felt very thankful that we didn’t have to hike in it. I expected it to rain pretty much all the time all throughout Washington. But as long as I had a chance to stay dry, I was going to!

The Insomniac Folklore show was that night, and thanks to another festival-goer who had brought along a violin, I was able to play with them! Some other friends lent Zach a djembe, so we both got a chance to perform.

Adrienne let me borrow some of her clothes, including a breezy skirt and a knit shrug, as well as makeup. I felt incredibly dressed up, and swished my skirt as I walked. “I’ve been dressed like a dude for four months,” I said. “It’s nice to feel like a lady.”

The band performed at 10:15, with eight of us on various instruments all crowded on the little stage. We played a great set, and surprisingly, even though I hadn’t picked up a violin in half a year, my fingers knew exactly what to do. I’ve always loved playing with these guys, and I was grateful for the unexpected opportunity to do so right in the middle of a PCT thru-hike!


The next morning was a Sunday, so we met for a worship service in the main area: the worship band handed out rhythm instruments so everyone could play along. We hadn’t attended church since the odd church in Dunsmuir, so it was a welcome time for us. I couldn’t wait to be able to go to church every week again!

It was another zero for us, but we tried to get some camp chores done. We ordered some new shoes for me, which would arrive at our next resupply point, White’s Pass, eight days and 148 miles away. Not ideal, but I hoped my shoes would hold up all right.

I attended a tea and card-making party for the women, sipping peppermint tea but feeling too tapped out to do anything creative. I called home, to my parents and then to my friend Amy, and actually had time to talk, for hours— a complete novelty.

Supper that night was leftovers, which Zach and I gobbled up like there was no tomorrow. After that we walked to Stevenson to buy some stuff from the store. We had done eight-day stretches of hiking before, and we had learned that you always always need more food than you think you do on a stretch that long. We loaded up on jars of peanut butter, bags of trail mix, and other snacks until we figured our packs would be bursting at the seams. The extra weight was worth it for the peace of mind.

That night we sat with Adrienne and Tyler and Amanda while the volunteers cleaned up the main room and fed us their leftovers (lots of waffles and ice cream). We talked late into the evening, about the future, about their plans to move to Nashville, about the future of the band, about the trail behind and the trail ahead, and everything in between.

At last, at about 12:30, we said goodnight. Zach and I were getting up tomorrow and starting the last section of trail. “Wake us up before you leave,” Adrienne said, and then we all hugged goodnight. 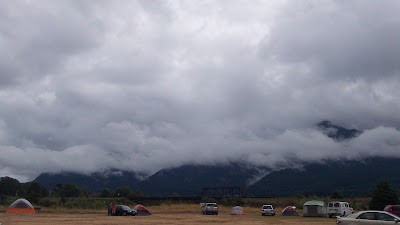 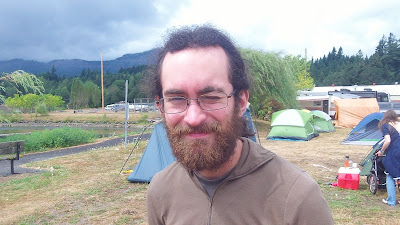