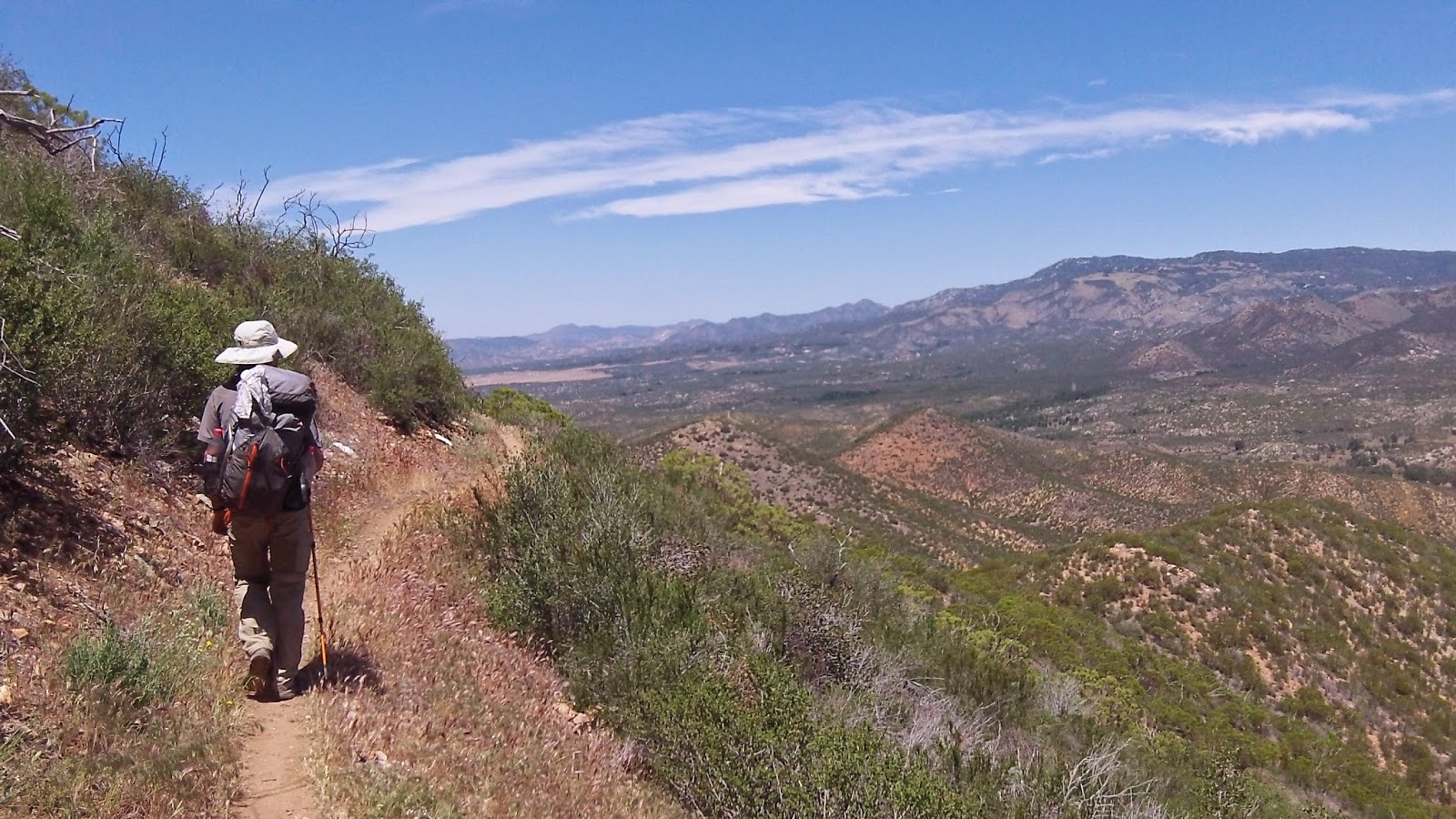 That deep, untroubled sleep didn’t last very long— the wind picked up during the night and tore at our tent, flapping the fabric wildly all night long. We both felt pretty tired when we woke up the next morning.

I was still sick, so I have little memory of this day. We walked through a hot desert, where caches left by kind strangers helped us replenish our water supplies. Still, by the time we reached a large, well-stocked cache half a mile off-trail, our water was almost gone.

We felt like we needed more than that, but we weren’t here to complain about someone giving us free water. We poured ourselves two liters of water, sat in the shade of a nearby tree and ate summer sausage, then hit the trail again.

I have a vague memory of a long, dry descent near the 100-mile mark. Zach and I were exhausted and dehydrated, trying to ration our water as we took tiny sips from our Camelbak. We passed at a tiny collection of stones, arranged into the number “100.” We had officially walked a hundred miles! At the moment, we didn’t care. We just wanted water.

When we were less than a mile from the next spring, a revelation struck me. “Zach!” I cried. “They meant two liters per person— not total!”

Despite our aching thirst, we had to laugh at ourselves.


Within a mile, we had reached a small forest, where we found a nice little spring that was being piped into a trough. A motley of people sat around it, waiting for the heat of the day to pass. I laid on the ground, still snuffling, and took off my shoes to try to get some sunlight on my blister, which was supposed to help it harden up.

Somebody nearby was debating politics, talking about the invasion of the Ukraine. He had white hair and a bright orange shirt, and everyone thought he looked like Dr. Leo Marvin from What About Bob. His name was Pesky, and we saw him on and off for several months after that. The rude AT people (as I was calling them in my head) were there, too. Now they were loudly complaining. I didn’t feel sorry for them.

Once we’d had a break, we kept walking, winding our way past several NO TRESPASSING signs that made me slightly nervous, even though the trail was well-marked. We watched the Holsteins grazing in the pastures.

We planned to stop at a stream that was marked on our map, but when we got there we found it completely dry. That was our first clue that our maps would not be sufficient to get us through the desert. Unfortunately, we still hadn’t heard about the water report. So we just had to push on until we could find water. 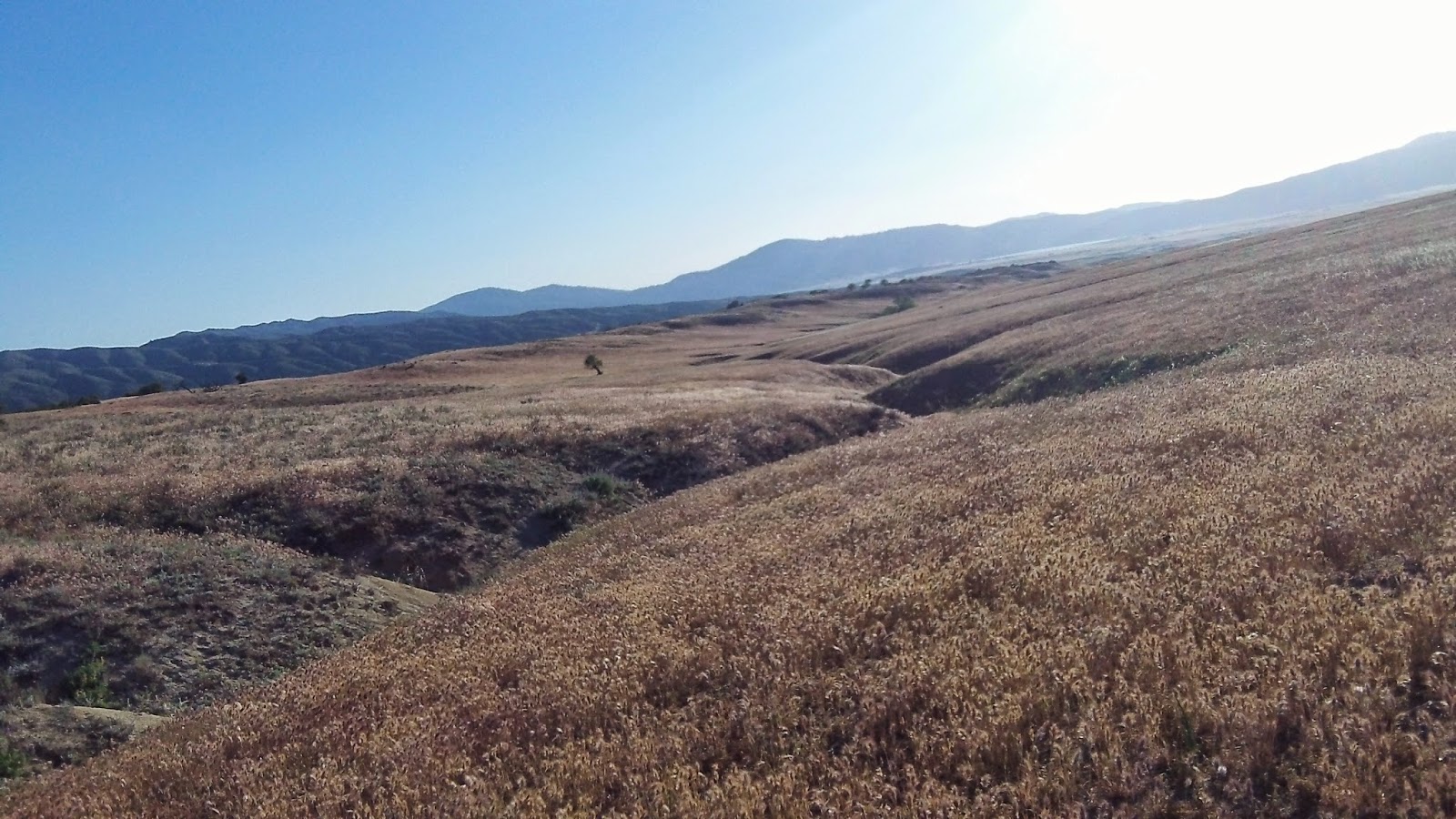 We soon emerged from the trees into a huge plain of grassland. The hills rolled gently, pocked with boulders but no trees. We trudged on, thirsty. I was still exhausted from my cold. On our maps, we saw a cow trough marked 1/4 mile off trail. We dropped our packs, grabbed our water bottles and headed down. The trough was a still pool that was covered with a slick of… we weren’t sure what, but it looked like a cross between cow pies, algae, and vomit. There was a faucet to get clean water with its spigot barely above the surface. Zach edged our water bag under it, careful not to let it touch the cow-polluted water! 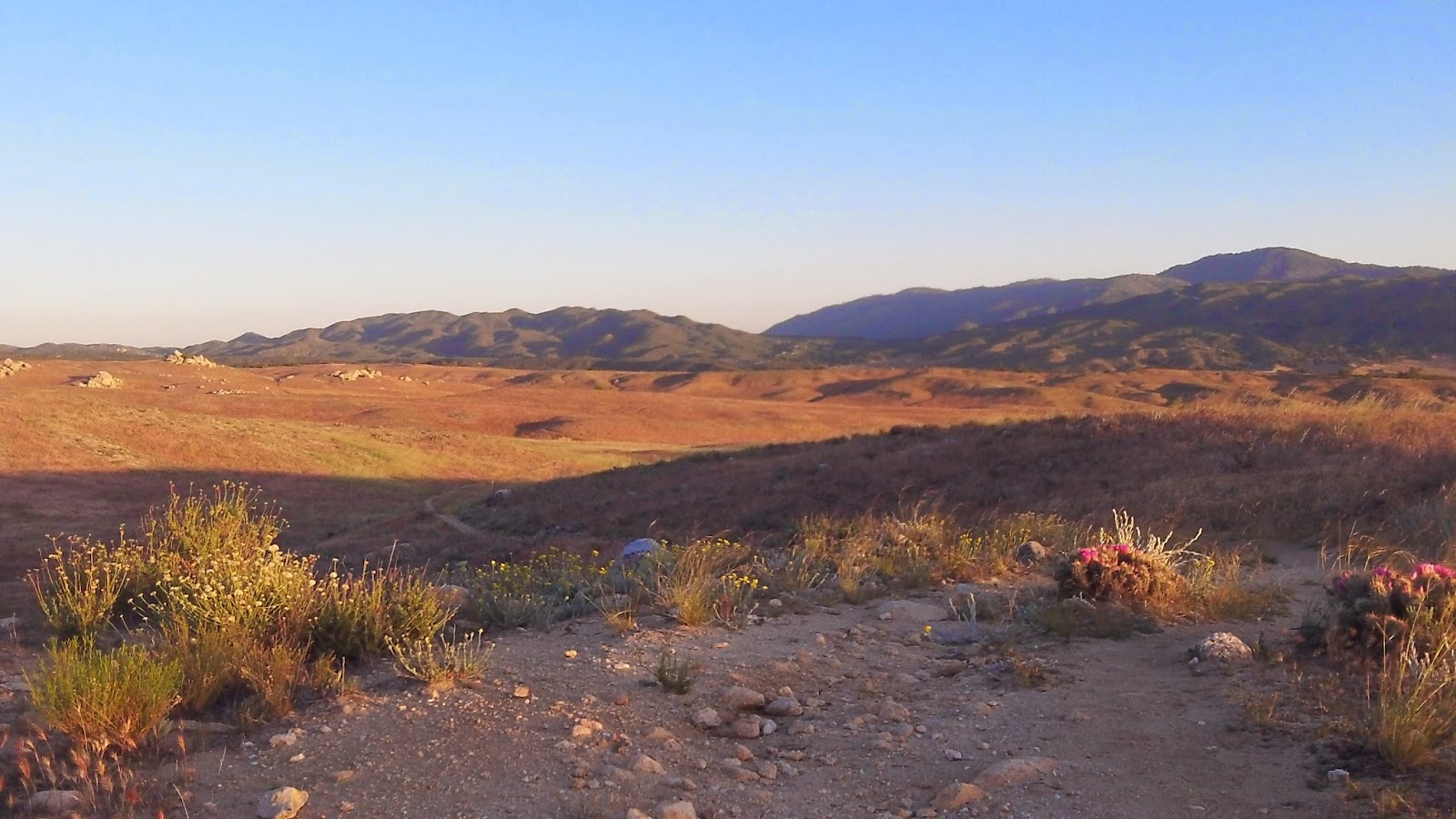 On we walked, as the sun grew red and hovered on the horizon. It was beautiful and somewhat familiar, like a Midwest plain except scattered with boulders. Then, in a happy surprise, we found ourselves walking in the shade of gigantic, ancient oak trees. We were near a little river, that was for sure.

We camped that night in a field next to a couple guys who said that they had been doing 30 miles a day since the beginning of the trail. They looked in remarkably high spirits for having such a breakneck schedule. They were gone before we woke up that morning, and, not surprisingly, we never saw them again.