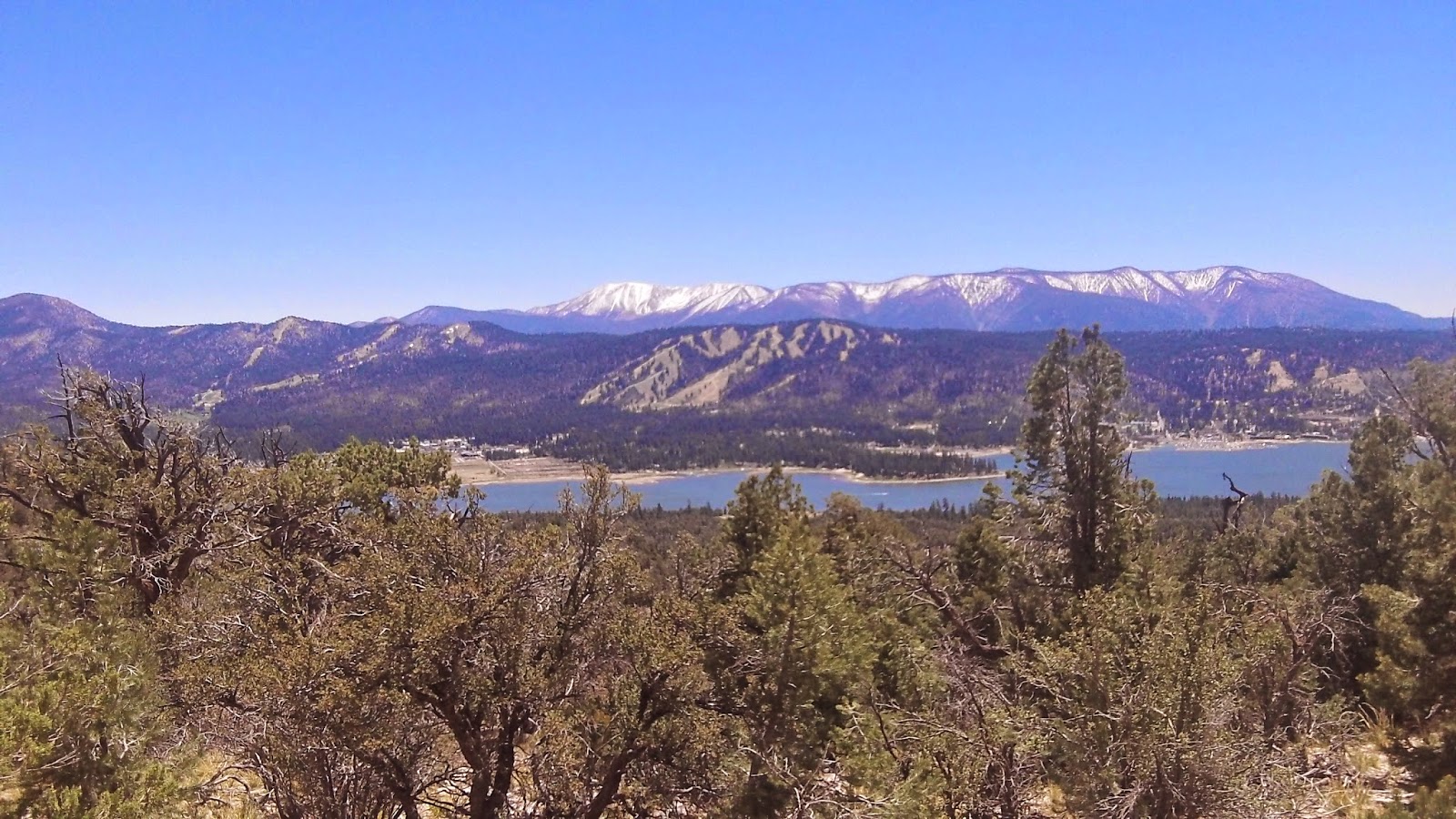 This day was a blur— I don’t remember it being particularly hot or hard or miserable, it was just sort of dull. The beginning of the day took us through the same brushy “forest” we were used to, with a great view of Big Bear Lake, expansive and blue, to our left. We entered a pine forest for a while, traversing a tricky system of trails, jeep roads and even paved roads that kept us looking at our maps. 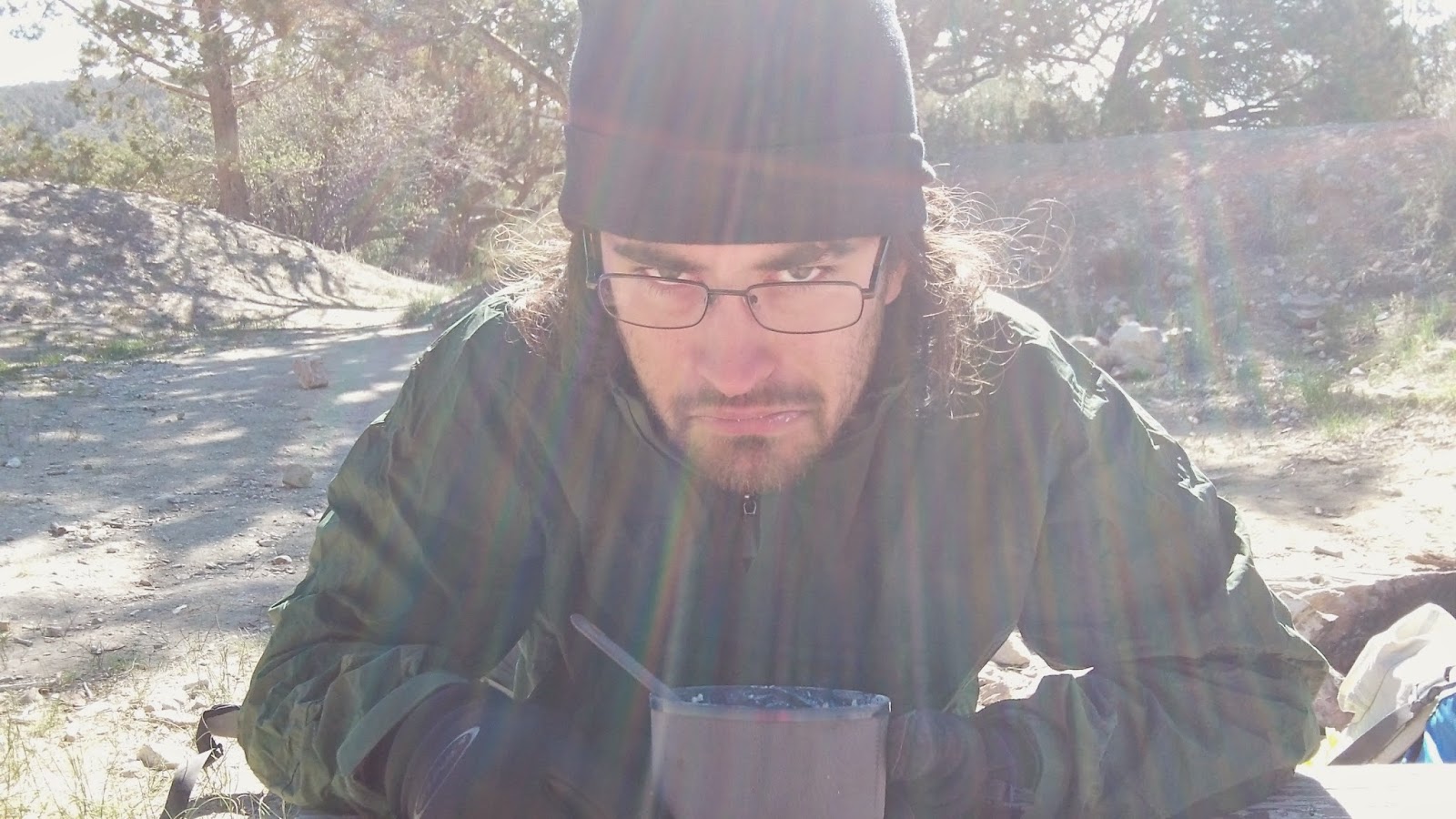 We met a couple people who had hiked the PCT in 2010 and chatted with them for a while. They assured us, with fierce excitement, that we hadn’t seen anything yet: from here it just got wilder, harder, scarier, and more gorgeous. “How many miles are you doing a day?” they asked.

“That’s good! That’s very good,” the man said. “You have to keep those miles in.”

“Yeah, people keep on telling us to slow down,” I said.

The man scoffed at this. “They don’t know what they’re talking about! You have to push yourself really hard, or you won’t make it before the snow hits.”

I thought of Washington, a state that was still vague in my mind: steep hills, pine trees, clear-cuts, and nonstop rain were all I could imagine.

By the middle of the day, we had hiked into a large burned area. Fortunately there was only a bit of poodle-dog bush, easily avoidable. We continued hiking among the dry, charred skeletons of trees, listening to the unsettling silence all around, looking over the hills to our right and left and seeing nothing but dead trees. 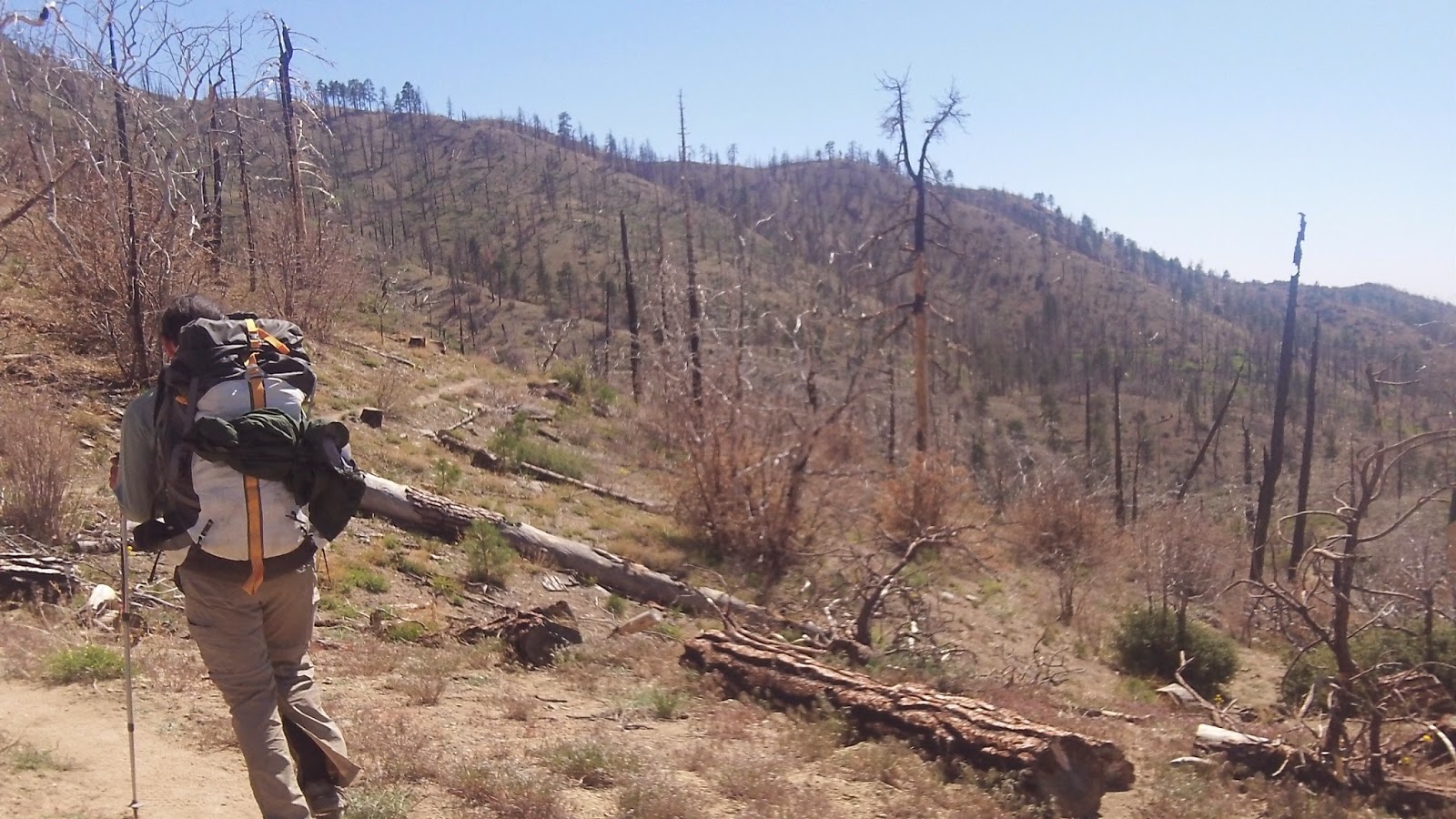 Near the end of the day, we descended into a valley that had another trail camp, complete with a pit toilet, fire ring and picnic table— but no shade from the fierce sun. Still, we sat down, grateful for a place to sit. Wind whipped about us and Zach had a really hard time cooking our dinner. I cut up slices of summer sausage, although the sight of the greasy pockets of fat in the overly-processed meat still turned my stomach.

Matt and Sam showed up not too much later, and sat down with their fancy Jet-Boil to make a much easier dinner. Soon we were joined by Thistle and Ouzel, who still looked ridiculously clean and well put-together, I thought. The six of us sat around the picnic table and ate food and chatted.

After dinner, Zach and I left that spot and continued into the valley, where we found a green cluster of bushes, a delightful flowing stream, and a huge gaggle of hikers sitting around it. Feeling slightly sheepish for having dined in the blazing sun, we sat down for another break. This was the last water for a while, so we had to load up.

The conversation wandered, having a lot to do with water, as usual, but some people were discussing the amount of technology people brought with them on trail. Almost all of them had audiobooks that they listened to. Apparently one couple even brought an iPad with them, and tied it up in their gear loft every night so they could watch movies.

After we filled our bottles with water, we hiked back up out of the valley onto a ridge of huge boulders, surrounded on both sides by slopes of dead trees. After a couple miles, and feeling a bit anxious about walking after dark, we found a good stretch of flat, sandy ground surrounded by boulders. We set up our tent and ducked inside. It hadn’t been an eventful day, but it had been oddly exhausting.